Marieke Hardy was born on or around the set of The Sullivans and has remained in the media ever since.

From inauspicious beginnings as a lisping child actor in The Henderson Kids II, the granddaughter of Frank Hardy has both appeared in and written for many Australian dramas, from Something in the Air to the more recent Packed to the Rafters, and won an AWGIE award for her children’s series Short Cuts.

Her writing can also be found in her regular column for The Age’s Green Guide, as well as the A2, Frankie and Marie Claire.

In addition to writing, Marieke has spent the past two years hosting breakfast on Triple JJJ FM whilst simultaneously juggling an ongoing role with the ABC’s First Tuesday Book Club.

Her blog, Reasons You Will Hate Me, was awarded Best Australian blog at the 2008 ‘Bloggie’ Awards.

She was the author of Australia’s first M-Book, Vigilante virgins. With Justin Heazlewood, Marieke Hardy, Virginia Gay and 1 other Meanland: Reading in a time of change  /  Journals & magazines

With Marieke Hardy, Margaret Simons, Sophie Cunningham and 2 others 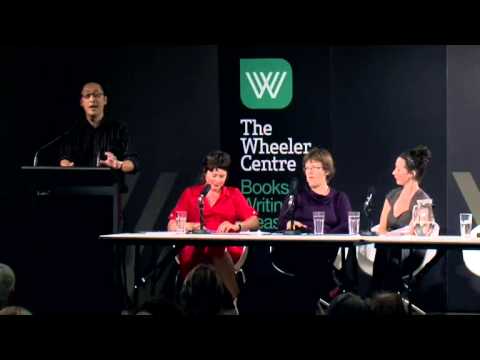 Meanland: Reading in a time of change  /  Journals & magazines

With Marieke Hardy, Peter Craven, Margaret Simons and 2 others