Vandana Shiva is an the author of several books including Staying Alive and won the 2010 Sydney Peace Prize.

For three decades Dr Vandana Shiva has been promoting an ecological path of harmony, sustainability and diversity as a means to survival and liberation. For one night in Melbourne, join Vandana Shiva to celebrate the 20th anniversary re-release of her classic book, Staying Alive, as well as her 2010 Sydney Peace Prize win.

Vandana Shiva is a world-renowned environmental thinker and campaigner, as well as a former physicist, a feminist and a philosopher. She is the author of numerous books and monographs including Soil Not Oil, Water Wars and the co-authored Ecofeminism. In 2010, her first and classic book Staying Alive was re-released for its 20th anniversary. Vandana is the winner of the 2010 Sydney Peace Prize and in 1993, the Alternative Nobel Peace Prize (the Right Livelihood Award). 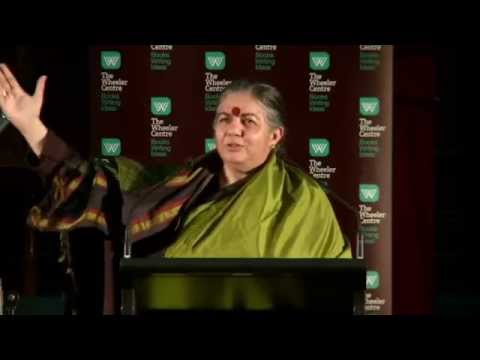