C.A.J. (Tony) Coady is Vice Chancellor’s Fellow and Professorial Fellow in the Centre for Applied Philosophy and Public Ethics at the University of Melbourne, where he was formerly Boyce Gibson Professor of Philosophy.

He has played a major role in the growth of applied philosophy in Australia.

Many years ago he worked as a journalist in Sydney and was co-editor of The Catholic Worker in the late 1960s and early 70s. He served on the committee that revised the journalists’ code of ethics for the MEAA. He has often provided commentary on topical ethical matters for print and broadcast media. With Julian Burnside, Tony Coady, Phillip Adams and 1 other 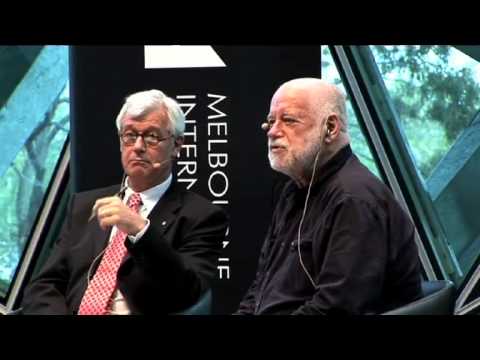 With Phillip Adams, Amanda Lohrey, Tony Coady and 1 other