Mac Gudgeon is a freelance writer of film, television and theatre.

His latest film Last Ride, directed by Glendyn Ivin, was released in 2009 and screened at the Toronto Film Festival. It earned Mac a nomination for Best Adapted Screenplay at the Australian Writers’ Guild awards. Mac was co-writer, with Jan Sardi, of Ground Zero, which won four Australian Film Institute awards. Mac also wrote the screenplay for The Delinquents and Wind, the Francis Ford Coppola/Zoetrope production. Mac’s script editing credits include Wolf Creek, the low-budget horror film chosen to screen at the 2005 Sundance Film Festival and Cannes, and Snowtown, to be released in 2011.

His television credits include ‘Killing Time’ (as writer/script producer, due to be screened in 2011). His episode of ‘Halifax FP’, ‘Sweet Dreams’, won the 1996 Australian Writers' Guild award for best mini-series or telemovie screenplay, and another, ‘The Feeding’, won the 1995 AFI award for best telemovie or mini-series. He wrote three episodes of ‘Good Guys, Bad Guys’, ‘Gone to the Dogs’, ‘Little Time Bomb’ and ‘Doof’ as well as the mini-series ‘The Petrov Affair’, co-written with Cliff Green. He was writer/associate producer of ‘Waterfront’, the award-winning six part mini-series.

Documentaries include ‘Targets’, a television special for Community Aid Abroad on their projects in Cambodia, Laos and Vietnam, script editor on ‘Aeroplane Dance’, ‘Done Bali’ and ‘Abortion, Corruption and Cops – The Bertram Wainer Story’ and ‘Monash’.

Theatre credits include: ‘Thumbul’, a one-man play for Aboriginal actor Tom E. Lewis, and ‘Dante - Through the Invisible’ for Handspan Theatre. Mac was the 2007 winner of the inaugural Foxtel Fellowship for Excellence in Television Writing. He is a recipient of an Australian Film Commission ‘Distinctly Australian Fellowship’ for the feature film screenplay ‘Boyo’. Honorary positions include Board member of Film Victoria 2002-05 and 1993-96, President of the Australian Writers’ Guild 1998-2000, Councillor of the Australian Film, Television & Radio School 1988-91, Chairman of the Victorian branch of the Australian Writers' Guild 1988-89, and member of the curriculum committee of the Victorian College of the Arts 2004-2011.

Texts in the City - Witness 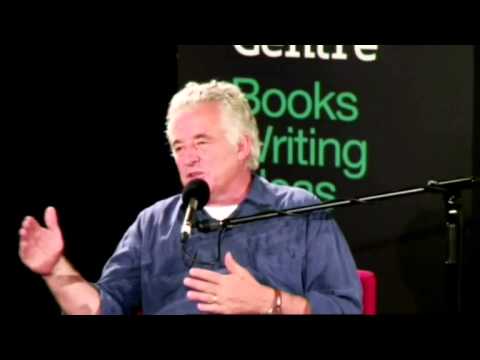 Texts in the City: Witness  /  Media

With Mac Gudgeon and Tony Wilson