John was Microsoft’s Director of Business Development for the Greater China Region until 1999. In that year, after a holiday in rural China, he abandoned a high-flying corporate career to found Room to Read, an innovative global non-profit dedicated to delivering literacy and gender equality in education, currently operating in 9 countries in Asia and Africa.

Over the past nine years, Room to Read has established over 7,500 libraries, donated and published 6 million books, built over 830 schools, and funded over 8,800 long-term scholarships for girls - impacting the lives of over 3.1 million students worldwide.

John has received countless honors for his work, including recognition as a Young Global Leade" by the World Economic Forum and as one of Time magazine’s ‘Asian Heroes’. Room to Read is a five-time winner of Fast Company Magazine’s Social Capitalist Award, a recipient of the Skoll Foundation Award for Social Innovation, and a recipient of Draper Richards Fellowship for social entrepreneurs.

John holds a Bachelors of Science from the University of Colorado, and an MBA from the Kellogg Graduate School of Management at Northwestern University. He’s the author of Leaving Microsoft to Change the World and lives in San Francisco. 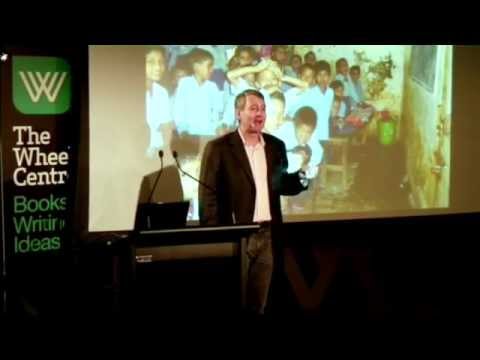