Anything and everything in Media art from across our archives. With Eric Darnell and Katy Morrison The Sound of Cancer  /  Health & medicine

With Ranjana Srivastava , Jonathan Cebon, Patrick Humbert and 1 other With Philip Brophy and Helen Hughes With Leena van Deventer, Brooke Maggs, James Coquillat and 1 other 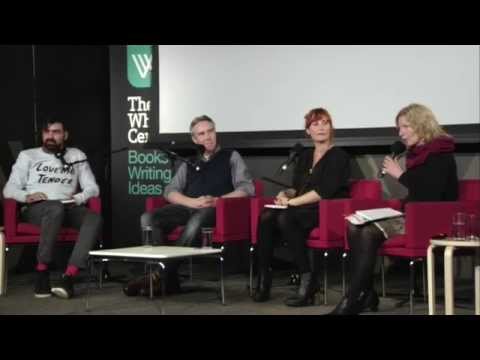 Currently, Willoh is directing the Aphids project Forever Now, the third in her trilogy of works investigating the relationship between art and space. Forever Now is an international project, a response to the Voyager records of 1977, which will see the curation of a new 21st Century golden record. It is preceded by Void Love and Yelling at Stars.

Other Aphids work in-laboratory are Game Show and The Drive-In Project, both large-scale interdisciplinary works created with community arts groups to be presented in early 2014.

Past Aphids projects include a national tour of Thrashing Without Looking, a live-cinema and performance work experienced through virtual reality goggles; Computer Boy, a contemporary performance work commissioned for Performance Space, Sydney; Fever Beach and Exile, interactive digital artworks for the iPhone and iPad and Atelier Edens, a research project investigating the creation of cross-artform works in remote areas.

Willoh has made work for the Australian Centre for the Moving Image, the Next Wave Festival, the Museum of Contemporary Art, Sydney, the Centre for Contemporary Art in Glasgow. Residencies include an Asialink residency in Beijing, 2009 and Splendid Arts Lab and Visible City, Melbourne 2010. Willoh co-directs the laboratory space Head Quarters and is a member of the Field Theory. She has presented guest lectures on her arts practice and Aphids at RMIT, Swinburne and Deakin University.