Christiana Figueres, the architect of the 2015 Paris Agreement, sees the 2020s as a critical moment of opportunity – the ‘golden decade’ – in the future of…

With Sally Warhaft and Paul Kelly

A month on from the federal election, once the dust has settled, we’ll take an in-depth look at the events of 18 May and discuss what we might expect from the new Morrison government.

With a mandate, and likely a revamped front bench, can Scott Morrison unite a fractured country and leave a lasting legacy? What are the policy goals… Wherever you are in Australia – whether it’s warm or cold, overcast or painfully bright – you are exposed to more sunlight than anywhere else in the world. There is no doubt that this is Australia’s biggest potential resource. The problem? We haven’t really had the technology to harness it as a primary energy source. Until now.

In his latest book, Sunlight…

Wherever you are in Australia – whether it’s warm or cold, overcast or painfully bright – you are exposed to more sunlight than anywhere else in the world. There is no doubt that this is Australia’s biggest potential resource. The problem? We haven’t really had the technology to harness it as a primary energy source. Until now.

In his latest book, Sunlight and Seaweed, acclaimed scientist, climate change researcher and author Tim Flannery opens our eyes to some heartening technological breakthroughs. Like how ‘intense heat energy’ use and storage may overcome the thorny issue of producing electricity on overcast days. And how – with temperatures set to rise at alarming rates and carbon removal becoming as important as carbon reduction – a tasty, ribbon-like seaweed may just be the banner of our collective salvation.

Join Tim Flannery for a climate change discussion that offers more than a little ray of hope, hosted by Hilary Harper. Over the past 20 years, retail giants like Zara, H&M and Topshop, have become incredibly adept at ripping off the latest catwalk looks and offering them to the mass market at affordable prices.

But we’re starting to see a backlash. Many consumers are wising up to some of the unscrupulous labour practices of fast fashion outlets and to the massive amounts of waste this consumption model generates. In Australia, Topshop has gone into voluntary administration. Is fast fashion going out of fashion?

In this Question Time discussion, our panel field questions on the issue from all angles. Does the fast fashion business model preclude ethical or sustainable practices? How might a backlash affect retail workers here in Australia as well as textile workers in developing countries? What are the alternatives to fast fashion – and who can afford them?

Anything and everything in Energy & resources from across our archives. With David Ritter, Chloe Hooper, Sally Warhaft and 1 other

Reuters reports that debate on reducing carbon emissions is in “legislative limbo”. A draft proposal of almost 1000 pages was issued last week, but little has been done to get it on the US Senate’s agenda. With Casey Briggs, Eliza Berlage, Zana Kobayashi and 2 others

“Climate science is a cumulative enterprise built upon hundreds of years of research. The heat-trapping properties of CO2 were discovered in the middle of the 19th century, pre-dating even Sherlock Holmes and Queen Victoria.” So write scientists Michael Ashley and Stephan Lewandowsky in an article that ends a wide-ranging series on climate change in The Conversation. ‘The false, the confused and the mendacious: how… With Amandine Denis, Madeleine Morris, Angharad Wynne-Jones and 2 others With Eliza Muirhead, Matt Wicking, Matilda Dixon-Smith and 1 other One of the big issues that cost the government at the Victorian State Election was the environment. Mark Wakeham spoke just before the election at our final Lunchbox/Soapbox about the challenges facing the Baillieu Government including closing Hazelwood Power Station (“the most polluting power in the country”), the Murray Darling Basin and logging in the state. As we face another… 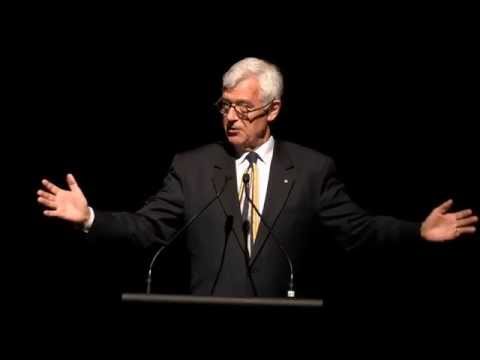