Ursula Dubosarsky knew she wanted to be a writer when she was six years old. Today she's the author of more than 60 books and Australia's 2020–21 Children's Laureate. For this conversation we're bringing this prolific author and literary ambassador together with two avid teen readers, Caitlin and Yanna from 100 Story Building. Caitlin and Yanna will interview Dubosarsky on… Mem Fox is a legend of Australian children's literature. More than 35 years after her first book, Possum Magic, was published, it is still printed in hardback, with its iconic original illustrations by Julie Vivas.

In the intervening years, Fox has somehow managed an academic career as a literacy expert, while writing 40 more books. She’s charmed generations of… At least 250 Indigenous Australian languages were spoken on this continent in 1788. Today only… With Jackie French and Wendy Orr

Jackie French writes novels and non-fiction; fantasy, sci-fi, historical fiction and ecology; for adults and for kids. Over the course of her career, she’s written a dizzying 140 books. Loved by Australian kids for picture books including the Diary of… If you’re a kid with an interest in zombie bums, not-very-merry merry-go-rounds, ninja snail training academies, gorillagrams or exploding butterflies, you already know who Andy Griffiths is. And if you don’t, here’s your chance to find out.

Probably the most popular – and certainly the silliest – children’s author in Australia, Andy is best known for the Just series, the …

Anything and everything in Literacy from across our archives. Robert Dessaix: What Days Are For  /  Biography & memoir

With Robert Dessaix and Ramona Koval A Look Into the Hive  /  Books, reading & writing Bali and Me: Lisa Dempster on the Ubud Readers and Writers Festival  /  Books, reading & writing 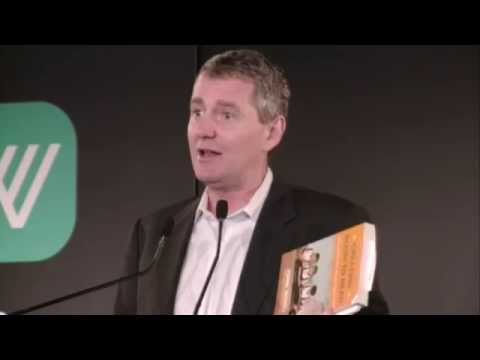 With Tony Wilson, Michael Cathcart, Louise Swinn and 1 other