Tickets are free for people who identify as First Nations. Book tickets here.

From Dorothy Porter to William Blake; Rumi to Ovid, Ono No Komachi to Ali Cobby Eckermann – poets of many stripes, and many eras, have shaped the life and work of iconic Australian musician and storyteller Paul Kelly.

In 2019, Kelly released Love is Strong as Death… With Evelyn Araluen, Jeanine Leane, Melody Paloma and 1 other

'I told you this was a thirst so great it could carve rivers.'

Award-winning poet Evelyn Araluen’s fierce debut poetry collection, Dropbear, confronts the tropes and iconography of an unreconciled nation with biting satire and lyrical fury. Araluen offers an eloquent witness to the entangled present, an uncompromising provocation of history, and an embattled but redemptive hope for a… The winners of the 2021 Victorian Premier’s Literary Awards have been announced tonight by the Minister for Creative Industries, Danny Pearson. For the first time, the Awards ceremony was held as a free online digital event. Clem Baade is a public servant and performer. He has worked for the Department of Human Services for thirty years, and this year, like many others, he moved his work and his art online. For the very last episode of The Leap Year, Clem talks to Sally about working with the DHHS and Rawcus Theatre, and how poetry has helped him through the pandemic.

With narration from Scott Limbrick and Robert Frost.

Introducing Love is Strong as Death: Poems spoken and sung by Paul Kelly, a special series of intimate performances.

Luke Davies is a poet, novelist and screenwriter, best known for Candy: A Novel of Love and Addiction, and the Academy Award-nominated film, Lion. This year, he has found himself alone in Los Angeles with the thing a writer wishes for most: all the time in the world. He speaks to Sally Warhaft about how he is passing these slow days, his feelings of America, and his deep longing for Australia.

Anything and everything in Poetry from across our archives. 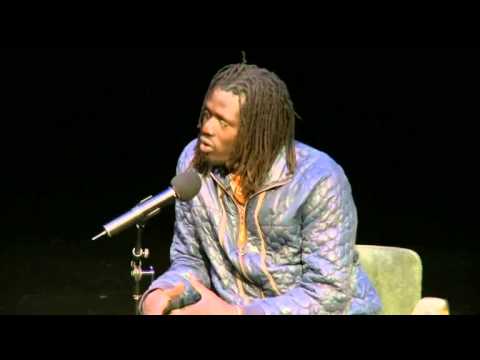 You Say You Want a Revolution: Emmanuel Jal Speaks  /  Music With Krissy Kneen and Elizabeth McCarthy With Daniel Browning, Dylan Coleman, Alexis Wright and 1 other