Dark, complex and utterly addictive, Veronica Roth's blockbuster dystopian YA novels have ensnared a generation of young readers. In Melbourne for the first time, this superstar of YA sci-fi talks fantasy worlds, fan fiction and unseen, fate-deciding forces with Amie Kaufman.

Just 22 years old when she wrote the first book in her wildly successful Divergent trilogy, Roth has gone on to sell more than 35 million copies in the series. The Divergent movies have packed cinemas across the world, too – with fans obsessing over Roth's gutsy heroine, Tris, and her epic journey of courage, sacrifice and coming of age in post-apocalyptic Chicago.

With her latest series, Carve the Mark, Roth again presents a dystopian vision. This time, it's a richly imagined intergalactic setting – replete with tyrants, conspiracies, fascinating technology and a powerful, invisible phenomenon known as 'the current'. With Veronica Roth and Amie Kaufman

Just 22 years old when she wrote the first book in her wildly successful Divergent trilogy, Roth has gone on to sell more than 35 million copies in the series. The Divergent movies have packed cinemas across the world, too – with… Note: Carmen's book, Her Body and Other Parties, has been shortlisted for the prestigious 2018 International Dylan Thomas Prize. To attend the ceremony in the UK, Carmen's Australian visit has been shortened; this discussion will now take place at an early date and time.

Gory, macabre and surreal, Her Body and Other Parties by Carmen Maria Machado is for… Remember the world before June 1997? If you can't, don't worry; you didn't miss much. The world was a dull, uninspired, basically pointless place. Nobody had ever heard of quidditch or boggarts or kneazles. Hardly anybody even knew how to pronounce 'Hermione'.

Luckily, J.K. Rowling stepped up and fixed everything. By imagining the incredible world of Hogwarts and writing the incomparable seven-book Harry… In this episode, Philip Pullman appears live via videolink (and later, telephone) for a conversation with Michael Williams. They discuss daemons in literature – and in the wider world – today. For the night before Halloween, join us in the basement for an hour of readings that’ll rattle your notions of a comfortable, predictable world. We’re not just talking ghost stories, either – anything that leaves you feeling unsettled and unnerved is fair game.

Be they thrillers, chillers or blood-spillers … the one thing these tales won’t be is vanilla.

Anything and everything in Fantasy from across our archives. In Hollywood, Martin signed on as a story editor for Twilight Zone at CBS Television in 1986. In 1987 Martin became an executive story consultant for Beauty and the Beast at CBS. In 1988 he became a producer for Beauty and the Beast, then in 1989 moved up to co-supervising producer. He was executive producer for Doorways, a pilot which he wrote for Columbia Pictures Television, which was filmed during 1992-93.

Martin is a member of Science Fiction & Fantasy Writers of America and of Writers’ Guild of America, West. With Veronica Roth and Amie Kaufman 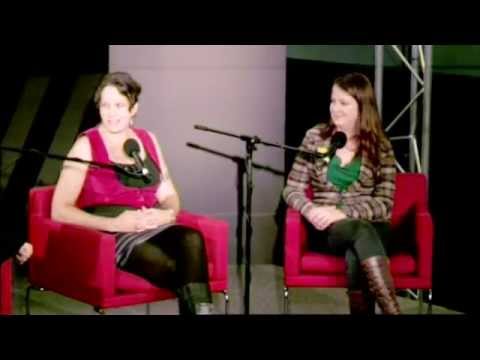 Harry Potter Haters: Where Are They Now?  /  Children’s books The Book of Dust: Philip Pullman in Conversation  /  Fiction

With Philip Pullman and Michael Williams