The Books That Made Us Youth Fiction Prize  /  New & emerging writers

The Wheeler Centre is excited to announce a new writing prize for students in years 10 and 11. Run in partnership with ABC Education, Radio National’s Big Weekend of Books and Voiceworks. 'In the year that we've just had, where women's work is so marginalised, with housework and child care and everything, this felt like an incredible year to win... This has been the win of my career so far.'

In this episode of the Wheeler Centre podcast, listen to an in-depth conversation between 2021 Stella Prize winner Evie Wyld and 2021 Stella Prize judge Elizabeth McCarthy. Following the Prize announcement in April, Wyld joined us from her home in the UK to discuss The Bass Rock’s gothic tale of toxic masculinity, and the impact the Stella Prize continues to have on the Australian literary landscape.

The bookseller for this event was Neighbourhood Books ‘Pah!’: to realise; to become suddenly aware; to show someone you understand them; a colloquial sign widely used within the Deaf community.

The inaugural Pah! Deaf Storytelling Night brings together emerging and established d/Deaf storytellers with a variety of communication styles, whose stories will delight and surprise you. Join us for an evening of watching, listening and understanding lived experiences… We spoke with legal academic, filmmaker and writer Larissa Behrendt about writing authentically and being a cat person.

Anything and everything in Australian stories from across our archives. With Genevieve Grieves and Ron Murray The Making of a Great Cosmopolitan City  /  Activism 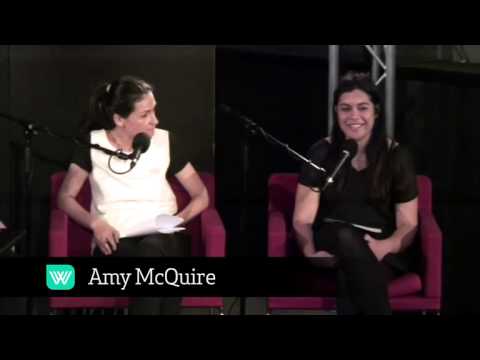 With Kelly Briggs, Patricia Karvelas, Amy McQuire and 1 other With Sam George-Allen, Kate Richards, Alice Robinson and 2 others