A former press secretary in Jeff Kennett’s media unit, Stephen turned on his former boss in 1997 by going on Four Corners as a whistleblower about the Premier’s share dealings. He then published the anti-Kennett website www.jeffed.com during the 1999 state election after his planned tilt in Jeff’s seat was knocked out on a technicality. Jeffed.com attracted 115,000 page views in two weeks from a standing start, was more popular than the ALP’s website and was credited in some circles with contributing to Kennett’s shock defeat.

With Jeff gone and having burnt all his bridges back into the mainstream media, Stephen launched www.crikey.com.au in February 2000 – right at the top of the dotcom boom. After many battles, including the loss of his home in a defamation battle, Crikey was sold in March 2005 to Eric Beecher and Di Gribble for $1 million. Crikey is now Australia’s best known independent ezine with 15,000 paying subscribers for the daily email and more than 1.5 million page views on its website each month.

These days Stephen is a humble Crikey contributor who is also pursuing shareholder activism through his corporate governance ezine www.maynereport.com.

As Australia’s best known shareholder activist, Stephen has asked questions at more than 400 AGMs and had many memorable exchanges with the likes of Rupert Murdoch, James Packer, Kerry Stokes and Frank Lowy.

Stephen also claims to have “the world’s biggest small share portfolio” with tiny investments in more than 700 Australian companies to support his shareholder activism, which has included 40 unsuccessful board tilts.

He is a director of the Australian Shareholders' Association and a councillor at the City of Manningham.

Despite being Australia’s most unsuccessful candidate in contested elections, Stephen is confident of winning a spot on Melbourne City Council at this year’s local elections. 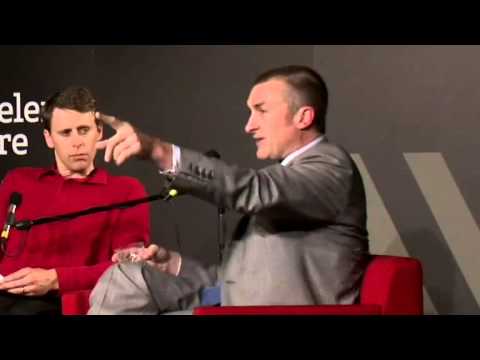