What’s the difference between a religion and a cult?

It's a sometimes blurry line that distinguishes a religion from a cult. Sociologist Andrew Singleton outlines the hallmarks of cults – beyond weird white tunics and multiple wives.

Bhaktivedanta Swami Prabhupada, founder of the International Society for Krishna Consciousness, with his disciples in 1974. The Hare Krishnas were among many new religious movements that sprung up in the 1960s — Photo: Christian Jansen (CC-BY-3.0, via Wikimedia Commons)

When I was younger, some friends of mine joined an apparent cult. They were a church-going couple who got invited to join a local ‘fellowship’, a group that held weekly bible meetings and talked a lot about ‘holiness’. Nothing too unusual; lots of Christians attend bible studies and small fellowship groups during the week. Almost overnight, however, members of this fellowship left their own churches and effectively took over another. Some of them shunned their friends, and in some cases, family members. Word soon got out about semi-arranged marriages, financial control and indoctrination.

This didn’t happen in some rural part of Texas, or a remote corner of Victorian countryside. There was no compound ringed with barbed wire, and no suicide pact. This all took place in the leafy eastern suburbs of Melbourne – among doctors, lawyers and stockbrokers. Growing up in that part of the world, I knew quite a few of them. What struck me was how normal they were. Regular people, I realised, could fall prey to a cult.

Cults are in the news again, thanks in part to journalist Louis Theroux’s new film, My Scientology Movie, and the 2015 documentary, Going Clear, both of which offer an exposé of the inner workings of Scientology, a religion founded in America in the 1950s. In Going Clear, some former members grimly describe Scientology as a cult. Both films, and their combined impact, constitute a monumental setback for Scientology – a religion that has long strived for adherents, legitimacy and cultural relevance. It has fought various battles across the world for legal recognition, a right Australia’s High Court afforded in 1983.

Regular people, I realised, could fall prey to a cult.

Scholars of religion treat Scientology mainly as a ‘new religious movement’ (NRM), one of many to emerge in America over the past 200 years. (Some other notable examples include Pentecostalism, Jehovah's Witnesses, Christian Science, Spiritualism and Mormonism.) Each of these offered new metaphysical revelations, or proclaimed different insights into the human condition. Most had a charismatic leader preaching the radical new message. All of them sat outside the religious orthodoxy of the age and were deeply controversial; now they are an established part of America’s vibrant religious mosaic.

As for Scientology being a cult? Scientology is not the first 20th-century NRM to be accused of cult-like conduct. Fuelled by the mood of counter-culture, there was something of a ‘spiritual awakening’ in the mid to late 1960s, and many small movements arose on the fringes of mainstream religion, including the Krishna Consciousness Society (the Hare Krishnas), Eckankar, the Jesus Movement, the Unification Church (the Moonies), Satanism and the Sri Chinmoy movement, among many others. Scientology presaged these, but enjoyed a boom in membership.

Bearing witness to these kinds of NRMs, scholars at the time sought to elucidate the hallmarks of a cult, and how they differ from ordinary new religions or breakaway sects. Most agreed that cults were transient movements that rose rapidly and then disappeared quickly.

Arguably, the distinguishing features of a cult lie in the experience of rank-and-file followers. The leadership seeks to exercise great control in their everyday lives – and will use bullying, confession and shaming to obtain and then retain that control. Leaders will exert that control right into personal decisions like who to marry, where to work, or what to wear. Most often, the leadership is not subject to the same scrutiny, or enjoys special privileges, such as commanding sex from followers.

Members are also subject to intense indoctrination – they're told not only that the group’s teachings are right, but also that only cult members are chosen to be in possession of these teachings. Those who disagree or threaten the movement are not just apostates, but figures of danger to be shunned. This sometimes leads to family splits, with estrangement between spouses or children from their parents. Given how a cult wraps up a person’s life, those who leave have much to lose.

The Branch Davidian religious group made headlines in 1993 following a deadly siege on the group's compound in Waco, Texas. The group's charismatic leader, David Karesh, died in the siege

Consequently, participation comes at great cost; financial and emotional. In the most extreme cases, people die, as was the case with infamous cults like the Branch Davidians in Waco, the People’s Temple in Guyana, or Heaven’s Gate in San Diego. And as I found out when people I knew joined one, those who fall in with a cult are not necessarily more susceptible to ‘brainwashing’,  nor are they necessarily impoverished, uneducated or desperate. People convert for all sorts of reasons. It can be something prosaic like an employment opportunity, or because of family or friendship connections. Few people willingly walk into a cult knowing it is a cult – let alone imagine what is in store for them.

Based on the accounts of those who have disentangled themselves from Scientology’s inner sanctum in Los Angeles (the ‘Sea Org’), much of what occurs seems cult-like, as members follow a leader accused of excessive and controlling behaviour. Those in the inner sanctum aggressively target former members who speak out against Scientology.

Yet for rank-and-file members in Melbourne or Johannesburg, the experience of Scientology might be like that of any other religious movement or sect that demands intense devotion and deep commitment from its members. Indeed, much of what Scientology exhibits is not unlike other ‘strict’ religious sects. Every religion – or political ideology – has within it the capacity to foster uncritical zeal, or has the potential for the leadership to misuse their privileged position. As Bruce Springsteen once said, ‘Blind faith in your leaders, or in anything, [can] get you killed’. 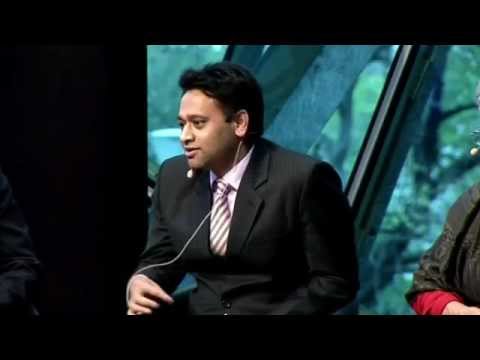 Something To Believe In: Spirituality and Faith  /  Books, reading & writing 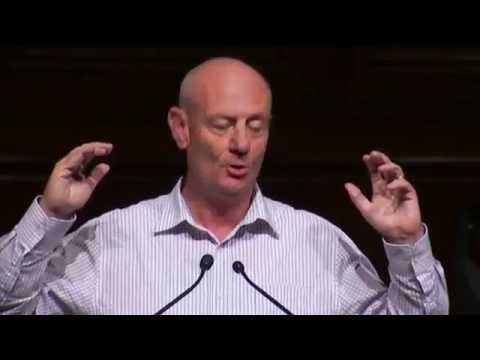 Tonight at the Wheeler Centre, Steve Cannane discusses his book Fair Game – which looks into the history of Scientology in Australia. Andrew Singleton is a sociologist at Deakin University. His research interests include new religious movements, secularisation, youth religion and personal belief. He is author of Religion, Culture and Society and co-author of The Spirit of Generation Y: Young People’s Spirituality in a Changing Australia (2007).