In History, politics & current affairs·Recorded on Friday, 27th May 2011

Dux articulates her difficulty in believing that so many men prefer graphic gonzo films. The desire for depictions of degrading sex is not innate, Dines agrees, but is results from how the screen manipulates male sexual desire.

On the the West’s apparent love affair with “death-loving sexuality”, Dines doesn’t advocate banning pornography but holding the indsutry to account. Yet she also confesses: “As a radical, I don’t believe that industries within capitalism can be changed… Certain industries are too rotten to be salvaged. Slavery was one of them… same with pornography. It’s too rotten to the core, it’s too corrupt and it can’t be changed.” She adds that “we have to figure out what authentic sexuality looks like outside of a corporate, capitalist, industrialised, generic, roboticised imagery.”

Dines concludes by noting that as an educator, radical feminism continues to awaken and inspire a new generation of women in ways that other sub-types such as liberal feminism cannot.

Dr Gail Dines was in Australia as a guest of the Wheeler Centre and Sydney Writers' Festival. With Monica Dux and Gail Dines 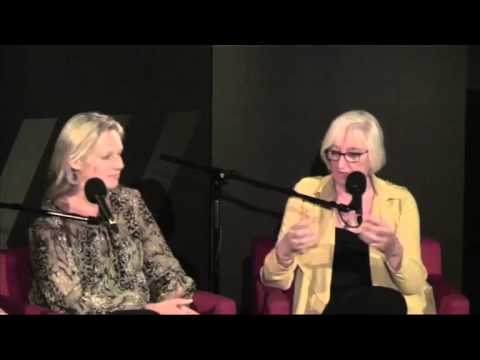